Objective: This research explored the role of the histaminergic in IPoC during cerebral I/R injury in the rat. 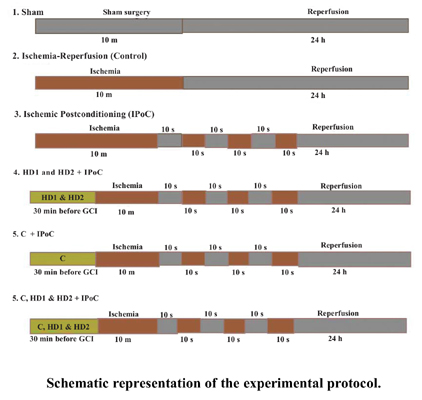